Do you have, or have you had, breast cancer? Someone asked me this question weeks ago and it has perplexed ever since. 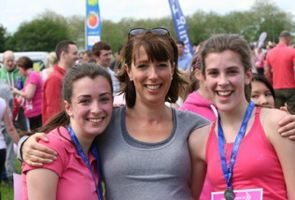 Sue with her daughters, Eleanor and Rebecca

The answer divides my life, my days, into the game of two halves that began for me when I was first diagnosed with breast cancer 13 years ago.

During that first year, I had breast cancer. Like anyone going through breast cancer treatment, it was a seemingly endless round of difficult news, major adjustments, and coming to terms with my new body and how its functions had been tampered with.

Aged 40, I was diagnosed with DCIS (ductal carcinoma in situ) breast cancer in my left breast. It was aggressive stuff, and hormone sensitive.

It took three rounds of surgery to get rid of it from my body, culminating in a mastectomy and reconstruction. Then came hormone therapy and my first menopause.

I skipped a generation in the moment the needle was injected into my abdomen to stop my ovaries from doing their thing. Then came the flushes, night and day. They were utterly crushing while I got used to them.

A year on from my diagnosis, I declared myself well.

That’s what I had to do, to restore my faith in my mind and body’s ability to get on with life. For me to overcome, but it was a daily struggle.

It’s a bit like an uninvited, aggressive and nasty guest who keeps coming back to your front door and demanding attention, when all you want is for them to be gone, certain that they won’t ever come back.

At the end of this first year came the moment when the “Do you have, or have you had?” question first really reared its head. “I am well. I need to be well, and stay well, therefore I have had breast cancer. It’s gone.”

READ  What to look for in a denture clinic nearby

But here’s the thing: my treatment went on for another four years. My ovaries were chemically shut down for two of those years, and tamoxifen was my anti-hormone back up drug for five years.

In my mind I’d ‘had’ breast cancer, but there were daily reminders that it was still very much a feature of, and a presence in, my life.

News stories, feeling tired, hot sweats resulting in another poor night’s sleep, and a back that didn’t flex as well as it used to – my reconstruction used a major back muscle to form the new breast foundation – resulting in pain and stiffness.

The effort it took to put a smile on my face so I could greet the world some days was exhausting, and far from feeling lucky to be alive, there were times when I resented this awful disruption of my health.

It takes a lot of wherewithal to look at yourself in the mirror on days like these, and believe “I am well.” It comes at a high price, and there is no negotiation, you simply pay it. 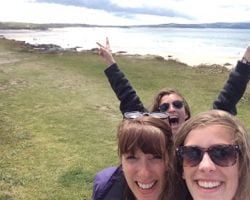 After five years, I was signed off from my meds. Joy and angst mixed with relief and what if’s. I’d ‘had’ breast cancer, I had survived it. And yet, there was the monthly breast exam to do, a reminder of the ‘had’, vital in every woman’s health, and crucial to mine.

Each month I have to overcome the moment of dread of finding something. Sometimes I thought I had, so I’d act on my uncertainty, and go back to the Breast Institute to have it checked out, but it was always nothing. Phew.

Until three years ago, when I did find something that I knew was suspicious.

The guidance says to get to know your breasts, how they change shape naturally during the month, and what’s normal for you. I know every contour of my breast, and thank god for that.

I found a small, hard, knobbly area in my left breast. I didn’t hesitate to get it checked out, and I prepared myself for the worst, thinking “I have breast cancer”.

It turns out I did.

The cancer had come back to the same spot; I knew before the consultant even told me.

Dealing with second time around on a physical level was relatively easy. I knew the deal – clinics, blood tests, more surgery, plus some new things like a full body scan which I’d managed to avoid first time around.

As I lay there under a great big scary machine shaped like a giant doughnut, I was actually swearing at it “You ain’t gonna find nothing else here matey”, and I literally gave it the two fingers.

The body scan was clear.

In some ways my recurrence was bearable. It was almost identical to the first time; same place, same cancer, same treatment. Except being ten years older, the drug I’m prescribed to take each morning feels more aggressive in its actions, and has resulted in more of a legacy that will remain with me throughout life.

It’s weakened my bones, it makes my joints ache, and I often feel very tired. Some mornings I actually consider spitting the nasty little sucker right out and across the room, but I swallow it like a good patient, because I know it is keeping me safe.

So, do I ‘have’ breast cancer? I think I probably do, because by accepting it as a part of my life, and not the enemy, I can learn to accept it, be realistic, and live well with it.

There is a lot of pressure placed on cancer survivors to ‘be well’. Everyone wants and needs them to be, including themselves. But for many, like me, the daily struggle with the physical and psychological effects takes up a lot of energy, and it’s a balance that’s hard earned and finely struck.

READ  Depression: let’s talk about it

Most days, it’s OK, some days I positively outrun it, and on others, it debilitates me emotionally and physically.

On those kinds of days, I’m slowly learning to ‘just be’ with it, because it is kinder to myself to allow it and acknowledge that today, it’s taking the upper hand. But that doesn’t mean tomorrow will be the same, and it usually isn’t. 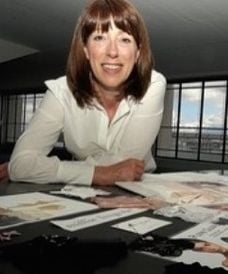 I’m now over three years on from my recurrence, and getting on with life as best as I possibly can. My priority is, and always will be, looking after myself. I walk every day thanks to my four-legged friend, I swim, and I practise yoga and mindfulness.

I am also fortunate enough to have figured out that doing what you love is the best tonic of all, and I’m creating the foundations for a company that will in time make a small difference to women’s daily lives, creating beautiful lingerie for them to wear after their breast cancer treatment.

Fundamental to my beliefs about wellness and wellbeing are that a good night’s sleep and resting when your body tells you to is the key.

I tune in to my immune system, I spend mindful moments doing simple things, and I ignore the ghosts of past bosses saying “Why aren’t you doing this faster?!” I’m doing things my way, at my speed, the only way I can, and if that means that things take a little longer, so be it.

My door isn’t an open one, but if cancer comes knocking again, I’ll deal with it, and count my blessings that I’ve survived it. I’ve learned to trust it and let go so I can live my life.