How did you decide when to start your business? Or which day to get married? 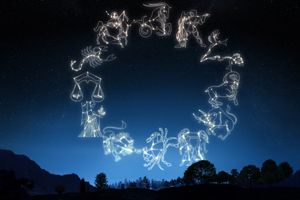 Most of us probably picked a convenient time based on money, resources, time and desire – but in my opinion things like marriage and business deserve a lot more consideration.

And during my many years as an astrologer I’ve come to a startling conclusion. I call it my ‘Everything that has a start has a chart’ theory.

That means if you know the moment that anything is recognised as an entity you can set up a birth chart for it. In the astrological community we have charts for many things; people of course, but also towns, countries and businesses.

This process is known as electional astrology. And I used it when I set up my own business many years ago. I’d chosen the name and a date to start but for various reasons there was no major launch – it just sort of happened.

My business was successful while my children were small – but it wasn’t really focused. At the time I saw astrology as a paying hobby, even though I was filling in tax returns. I did return to my day job as my children got older, too.

However, it soon became increasingly obvious that I was on the verge of redundancy (as well as slowly working towards retirement).

So I’ve decided to use the opportunity to have a last push at using my skills as an astrologer and started to take a more considered approach towards the potential business, with a view to launching it ‘properly’ in 2015.

See also  Personal boundaries: how to change the way people treat you

First, I looked at the sort of clientele I wanted to focus on. Studying my chart, it seemed to say that small-business people, especially within the area of alternative therapies, nutrition and other health-related areas would be a good place to start.

Then I needed to find the right date to launch. I decided this would be in February 2015 as this would give me time to put everything in place. I also wanted a date that would work with my own chart, so I began to look around the first and second weeks in February. And 10 Feb 2015 looked interesting.

So what made me pick this particular date? 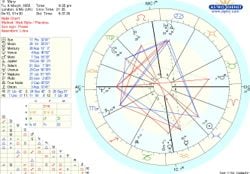 Well, Venus would be in the same place as my Sun and Venus is about your heart’s desire, but also has some reference to income. The Sun was close to Mercury in my chart and Mars was firing off a pattern called a Grand Trine (relating to equilibrium and balance) so all was good.

The other thing to consider with business is where to base it – and as I live in Leicester that had to be the place.

I put the co-ordinates into the computer and looked at the timing. Luckily, nowadays you can play around with a chart instead of having to recalculate it every time. I tried many combinations but ended up with good old noon on that day.

This put the Sun at the top of the chart for success and as the business would be running from home, the success planet Jupiter, is firmly on the fourth house cusp of the home. The Moon, which signifies customers, is just into the sixth house of small businesses, along with Saturn, who will instil discipline and longevity. The aspects and placing of the other planets are generally positive too.

Of course, there are some aspects that are more difficult, which can’t be helped but can be worked with. Mercury, the planet of communications, and the Moon, signifying customers, are in a difficult aspect which means I’ll need to work hard at getting my message across. However, they are in aspect, which is better than no aspect at all; that would mean no matter how good my message was, it was more likely to fall on deaf ears.

The Sun and Jupiter are in opposition, but that shouldn’t be too much of a problem as long as I balance the energies properly. As you can see, nothing can be all positive, but challenges can be worked with too.

So at noon on 10 February 2015 I’ll be relaunching my business and publicising my website on social media. Now is the gestation period, time for planning and getting things into place.

The huge advantage in working with the best timing in my chart is that it gives me the space to develop the business and a deadline to work to. It takes away some of the stress of feeling like everything has to happen ‘now’.

I’m really looking forward to this new and exciting part of the journey… thanks to my ‘everything that has a start has a chart’ theory.