Home / Health / Are you getting enough vitamin D?

I am shocked at how widespread vitamin D deficiencies are. 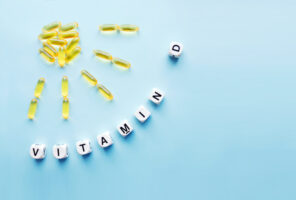 I have been routinely testing for vitamin D levels in my clinic. In some instances the level is so low that the lab has said it is undetectable. It is so important to have sufficient levels of vitamin D. Research has shown this versatile nutrient plays a key role in keeping in you in good health, mentally and physically.

For example, it has been found to:

You have vitamin D receptors present in the central nervous system. They can affect neurotransmitters like serotonin which are linked to depression. Research on data from over 31,000 people has shown that those with the lowest levels were 31% more likely to have depression than those with the highest level.

Also, research has found that women with the higher intake of vitamin D had a 17% lower chance of an early menopause. Vitamin D is crucial for prevention of osteoporosis as you go through the menopause because you can’t absorb calcium efficiently without it.

Those most at risk of a deficiency in the UK are those who:

The tone of our skin affects vitamin D production, so the darker our skin the less is produced. It is estimated that we need about 30 minutes daily exposure to the sun to produce enough.

It is found in oily fish and eggs. 100g of grilled salmon contains 284ius of vitamin D and 100g of tinned pilchards contains 560ius. The yolk of one egg contains about 20ius.

We have rickets back in the UK which we thought we had eliminated 40 years ago. Children are spending less time outdoors; they are more often sitting in front of the television or computer screens.

When selecting a supplement, choose one where the form of vitamin D is D3 – cholecalciferol.  There is another form, D2 –ergocalciferol, but vitamin D3 is 87% more effective in raising and maintaining vitamin D levels than vitamin D2.

Mushrooms produce vitamin D when exposed to sunlight, but this is only vitamin D2 and not D3, so this is not the best way to get enough in the optimal form to correct a deficiency.

Vitamin D is a fat-soluble vitamin (unlike vitamin C for example which is water-soluble) so your body stores it.  It can become toxic at high levels. It is better to get tested and find out your level before taking high amounts of this vitamin.

If you find out you are deficient in vitamin D, it is better to add in a supplement for three months and then re-test to make sure that the level is back to normal.

The supplement I use in the clinic is NHP’s Vitamin D3 Support available from The Natural Health Practice. It is on an organic olive oil base and in a pleasant blackcurrant-tasting liquid form. Ideal for children and people who don’t like or want to swallow tablets or capsules. It can be dropped under the tongue or rubbed into the gums for faster absorption and for those who have digestive problems. It is also vegan and sourced from lichen.

It is ideal to take 2,000ius of vitamin D a day for adults and 400ius for children over the age of one and especially during the winter months.

Testing can be done with a simple finger prick blood test from The Natural Health Practice (phone 01892 507598).

You can save 20% off your purchase of NHP Vitamin D support buy adding code VITD20 at the checkout.