Home / Making a difference / Big issues / Are you a feminist?

Why does the word feminist still scare some of us? 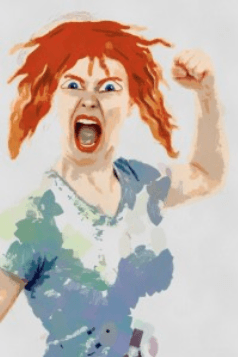 Are you a feminist? I asked a friend recently and we both scratched our heads in confusion. When I put the same question to one of my daughters later that day, her certainty took me aback. “Of course I am a feminist” she told me and, rolling her eyes with exasperated affection, she added “and so are you”.

So what the heck is a feminist and what does it mean to be one? Can I still be feminine and a feminist? Do I have to be a man-hater to be a feminist? These are questions that have confounded me all my life and yet my daughter’s emphatic response was a magnificent example of her self-belief and confidence. Where I have been skating round the issue forever, she knows who she is and is proud to proclaim it.

The Cambridge dictionary definition of feminism is “the belief that women should be allowed the same rights, power, and opportunities as men and be treated in the same way.”

These values are ones I wholeheartedly agree with. Without doubt I believe in gender equality through and through so what has made me shy away from the word feminism for so long?

I am not entirely sure why, but when I hear the words feminist and feminism I hear belligerence. Irrationally both words make me feel I need to become militant and confrontational, grow hairy armpits and neglect my appearance. This is ridiculous! When I calmly reflect, of course I know that you can uphold the values defined above whilst still being logical, reasonable and feminine.

READ  Please treat us as equals

I come from a long line of strong women who have always had choices and thought for themselves. Independence and a pioneering spirit have been our bywords. I was educated and brought up to believe that my voice is as valuable and important as any man’s. Although in recent years I have followed the traditional female role of being the main carer for our children, this was a mutual decision between my husband and myself. My choice does not make me anti-feminist and nor does it go against recognised feminist ideals. In fact, on the contrary. I am able to make choices for myself and this is what feminism is striving after for all women. 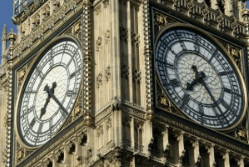 I realise that I am one of the lucky ones. In 2015 Britain, all women should be able to make decisions for themselves but many are not allowed the dignity of this basic human right for a range of reasons. Our Head of State is a woman and women have the vote but all too often women are paid significantly less than their male counterparts for doing the same job, and on average their earnings and pensions are significantly lower.

We have more women in the Cabinet than ever before yet women are still outnumbered 2:1. Hell, we even had to mount a campaign to keep a woman on an English bank note. Fortunately we have a Minister for Women and Equalities but if the void between gender wasn’t so huge, we wouldn’t need it. There is no such Minister for Men and Equalities.

In September 2014, the United Nations launched a campaign HeforShe. Emma Watson, UN Goodwill Ambassador as well as the actress known for her role in Harry Potter films, gave an uplifting speech in which she called for recognition and adoption of feminist values throughout the world. She referred to the “Woman’s Rights Are Human Rights” speech made by Hillary Clinton, then First Lady, in Beijing in 1995. Deplorably, twenty years on, many basic human rights are still violated every day as women the world over are suppressed, persecuted and silenced. The only way for things to change is for men and women to unite together, and to fight for change with strength of will and determination. As Emma Watson stated, gender equality is a male issue too.

So whilst I may not like the word, I realise that I am proud to be a feminist and what’s more, I am married to one.

It is quite clear to me now that my husband and I have quietly imbued into our daughters and sons that they have innate value as individuals and that with determination and hard work, they have the potential to achieve equally. The fact that my husband is extremely well mannered – he wouldn’t hesitate to give up his seat or let someone through the door before him – demonstrates no secret or denigrating agenda. His actions are those of a thoughtful person who is respectful of others. I mirror them and together we have taught all four of our children to show the same level of consideration. I believe that good manners, mutual respect and an open-minded approach are the bedrock of a civilised society; these qualities are not gender-specific but lie at the heart of gender equality.

What do you think? Please let us have your thoughts in the comment box below.