It’s a common dilemma in many marriages – should one of you give up work to look after the children? 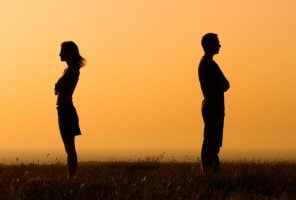 And often it is the woman who takes on the role of ‘homemaker’ while her husband goes out to work. A fairly traditional set up and one which can work perfectly well if both partners are happy.

But what if the marriage goes wrong?

Many women end up feeling trapped in an unhappy marriage, as their lack of financial freedom leaves them worrying they would be destitute if they were to divorce.

A change in the law

Now women – or men, if they took on the role of homemaker – can be reassured that if their marriage breaks down they will not suddenly be rendered penniless. The law now recognises the contribution of bringing up children and maintaining a house as equal to the role of working in paid employment outside the home.

Interestingly – and surprisingly – there has been a recent rise in the number of ‘silver divorces’, with more people aged 50-54 getting divorced than those in the 30-34 age bracket (2013 figures).

This age group generally contains a large number of women who have dedicated many years to caring for their children and looking after the home. This often means they have little or no pension, and no recent employment to generate an income.

Recognising your contribution to the marriage

Staying in an unhappy marriage is a miserable and lonely way to live. If you are sure that your marriage is over and there is no way back, then there is, fortunately, no longer any need for you to stay for purely monetary reasons.

As a homemaker, you are entitled to spousal maintenance to provide you with enough income to meet your reasonable needs. You could also be granted a pension sharing order, giving you a part of your spouse’s pension pot. And all other assets, such as property and savings, can be divided between you. If you’ve been in a long marriage, the court will very likely consider an equal split.

Occasionally the court will move away from straight 50-50 equality. For example, the 60-year-old wife of a successful businessman may be entitled to more than 50% of the assets, recognising the fact that her 55-year-old husband still has 10-15 years of high-income earning ahead of him in which to increase his assets. His wife, who has not worked for an extended period of time, is unlikely to have the earning potential to improve her asset position.

Getting the right outcome for you

Your marriage and your own personal situation is unique, and as such there isn’t any ‘one-size-fits-all’ outcome in English divorce law. The court has wide-ranging discretion for dividing matrimonial assets, and will assess your situation in order to be fair to both parties.

It’s always a good idea to speak to a solicitor if you’re worried about what your financial position would be if you were to divorce.

Marriage shouldn’t be miserable. And if the only thing keeping you there is money, it could be time to think again.