Freedom Chevalier brings alive the figure of Ann Richards, politician and feminist icon, whose warmth and words still inspire today. In 1991 Ann Richards became the governor of Texas, only the second female ever to take this position in 150 years. 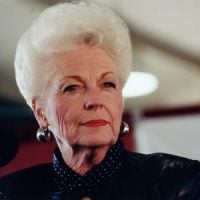 Ann Richards was born in Texas in 1933. She spent her childhood in the city of Waco and honed her dialectic skills at an early age, attending Baylor University on a Debate scholarship. While studying she had her first forays into politics as a campaign volunteer.

The fire stoked, and the wick lit, Ann Richard’s political star continued to rise as she ran the successful campaign to elect Sarah Weddington to the Texas legislature. (Sarah was the lawyer who had defended Jane Roe before the United States Supreme Court in the landmark abortion case Roe v. Wade.) It was only a question of time before Ann moved from municipal to state legislature herself, becoming Texas State Treasurer, an elected position she would hold for eight years.

She thrust onto the national political scene at the 1988 Democratic Convention, and the famous, if not just a tiny bit infamous, keynote address.
“I am delighted to be here with you this evening because after listening to George [W.] Bush all these years, I figured you needed to know what a real Texas accent sounds like.”
I was in the room that night and heard her give her dynamic speech (the entirety of which can be read here). I was 17 years old and a volunteer on the Michael Dukakis Presidential campaign. My first political campaign.  She was startling, stunning. She held a room of thousands in the palm of her hand and commanded them with her manner of speech. She was something special, and everyone who heard her that night realized we were witnessing something monumental, something historic.

Somehow, I ended up face to face with her, alone. The crowds seemed to be milling about everywhere but here.

“So, whatcha think?” she asked.

I am rarely, if ever, at a loss for words but in that moment I was dumbfounded. Is she really asking me what I thought? But I’m nobody, just a volunteer – too young to vote.

“I think they liked it.” She answered herself, offering a wide, inviting smile that provided immediate comfort. From there, the few minutes that followed were easy conversation. She wanted to know about me, who I was, why I was there. We spoke of the campaign and partisan politics. She taught easily and left a permanent impression of what one person can do.

Remembering it, I still get goose bumps.

She ran for governorship in 1990. In 1991, she was elected the 45th Governor of the great state of Texas, the largest of the 48 contiguous states. 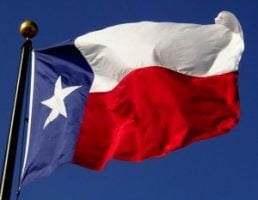 Ann Richard’s continual shattering of preconceived ideals, made her a feminist icon, a tangible symbol of what can be done. Her constant message: “If I can…you can.”

Throughout it all she remained reachable.

Holland Taylor’s one-woman Broadway show “Ann: an Affectionate Portrait of Ann Richards” is based on the dynamic Texas Governor. I asked her what she considered Ann’s signature characteristic to be, while she was in office. Her reply was simply, “access to her genuine warmth.”

Whether she was talking to the President of the United States, a constituent, or an underage volunteer – she gave you her undivided attention. You were worth her time, and she made certain you felt that.

In 1994 she lost re-election and returned to private industry and private life.

In 1996, after falling and fracturing her hand, she was diagnosed with osteopenia, an early stage of osteoporosis. Being Ann Richards, she grabbed the bull by the horns and did something about it. She altered her lifestyle habits and routines; she changed how she ate and what she consumed. Then she set out to teach others about the disease and how to combat it, providing her personal test results as example, and motivation. “If I can…you can.”

March 2006, Ann announced that she was suffering from cancer of the oesophagus.  She succumbed to the disease on September 13, 2006 surrounded by her family and the love of a nation, and beyond.

Ann Richards defined and constantly redefined the role we are capable of playing in another’s life. Personally, I still carry the imprint of her spirit with me. Anyone who crossed paths with her does.