Nothing is as lonely as being alone in marriage. Having recently gone through a divorce and left a defunct and cold marriage, I would like to offer my thoughts up to other women in my previous position. 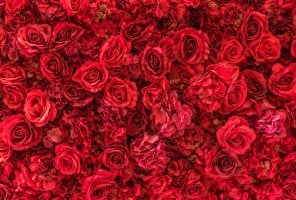 I am not claiming that my decisions are right for everyone.

I tried desperately to save my marriage before making the decision to get out. However, I would like to think that another woman in the same situation may ponder the alternatives to being lonely and living alone within a marriage. Perhaps one of the loneliest places on earth.

We met in our early twenties. I had recently had quite a tumultuous relationship which ended badly. He was safe and steady and we got on well. I don’t mean to imply I settled for him, I did genuinely fall in love with him. Within a couple of years of marriage he withdrew physically and emotionally and at a time I wanted children I found this frustrating and heart breaking. I tried to talk to him but he would roll his eyes and get angry. He said I was obsessed with having a child, and to be fair, that was true. Tests confirmed we had fertility problems and this fact along with the detachment within our marriage made me very low.

We did become parents and could not have been happier. Not with each other but with being a mum and dad. He moved permanently to the spare room and was constantly on his computer until all hours. He was secretive and defensive. After forgetting to log out of the home pc I found a message to someone discussing meeting up and with this were intimate photos. I tried to talk to him but he told me I was mistaken and refused to talk. He went into total denial and claimed the mails were spam when they were clearly not.

See also  The time for love is always right now

We went on like this for many years. Separate bedrooms, no sex life, no affection, financial separation. It wore me down and I put on weight. I felt unattractive both physically and mentally. My self-esteem was rock bottom.

A couple of years ago I saw a photo of myself and at first did not realise it was me. I looked overweight and miserable. I knew I needed to do something. I had stayed for years feeling like I was unwanted, not valued and unattractive.

I sat down with my husband two years ago and ended my marriage. I rented a house and I left with my child. It was hard but the sense of relief was amazing. I was scared but elated. I felt like me again, a strong, funny, creative and worthwhile member of the human race. It was a stressful period but here I am now. I am doing well, I have found love. I feel as if I have been reborn. Looking back I try to have no regrets. I have a happy and healthy child and now a fabulous partner.

Nothing is so lonely as being alone within your marriage. If you feel that’s you then take action. Talk to your partner, do something and if there is nothing to be done then move on. It is hard but eventually you will emerge the other side and you will be you again. The person you recognise.

Don’t put up with a life only half lived, you deserve more, you deserve it all. We are all deserving of happiness and sometimes you have to take action to get it.