As someone who came late to competitive sport I never wanted to feel that I was just ‘good-for-my-age class’. That felt like something of a low aspiration. 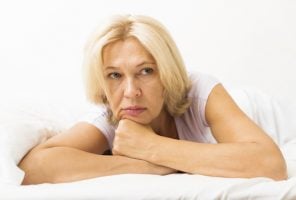 When I first began competing as a powerlifter I was, quite often, the only person in my age group and being the best just meant being my best.

And so throughout my sporting career this has really been my driver. To try to be my very best. I have always fought to reject the ‘regardless of age’ which seemed to hang in parenthesis after that statement.

I took up powerlifting at the age of 37 and have been competing ever since. In April 2005 I entered my first competition. In May 2005 I won the European Championships. Since that time my lifts have pretty much improved year on year.

The truth about ageing…

It’s proof positive, surely, that age is just a number? But last night something happened which made me realise that that isn’t true.

I woke at 3.30am in a puddle of sweat. My vest and shorts clinging to my cold, clammy body. My legs slippery as if freshly coated with the most expensive of moisturisers.

My partner barely stirred as I rolled out of bed, hurriedly grabbing my dressing gown to protect my damp body from the cold air of the bedroom. I padded into our en-suite, peeled off my clothes and put on the fresh ones I had laid out earlier, before returning to my now wet sheets. I should have changed them but it was too much of a disruption – so instead I rolled over and tried to get back to sleep despite the uncomfortably sticky sheets and pillow case.

A version of this story will be familiar to so many women ‘of a certain age’. 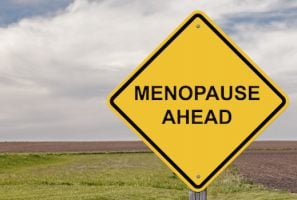 I have always got hotter the night before my period but as I have got older and closer to menopause the temperature has gone up and my periods have become less predictable, making it difficult to know when my night sweats will occur.

There are other nights, usually not long after the hot ones, when I have woken in the middle of such a heavy bleed that it takes a complete stripping of the bed to get the sheets into the washing machine before they are ruined.

My periods have become so much heavier and longer meaning that without my daily iron tablets I would be anaemic.  My fibroids have been getting larger over time, putting pressure on my bladder and my sciatic nerve making certain times of the month extremely painful.

Now that my periods are so unpredictable I never leave the house without a survival kit of tampons and pads. Some days I have to plan my days and my wardrobe around the fear that I might start to bleed unexpectedly.  And in the gym I have had moments when, quite by surprise, several days after the end of a period I’ve bled all over my gym kit and the equipment I’ve been using.

In short, getting older is hard. It is exhausting.

Despite my desire to continue getting stronger and better I realise that time doesn’t stand still.  As we get older things happen to women’s bodies which just make life difficult – much less anything else.

READ  Beat the night sweats... and stay cool as a Cucumber

Even though I am lifting better than I have ever done it is because I am working so damned hard.  If my 37 year old self had worked this hard she would have changed the world.

I think this is probably true of all women ‘of a certain age’.  In order to just stand still we have to work harder, because we have to overcome the challenges and changes that are going on in our bodies.

So I raise a glass (of milk) to every one of us, because it is hard and no one even acknowledges that it’s going on.