Home / Making a difference / After Bangladesh: the provenance of clothes

In the light of the Bangladesh factory tragedy, Mary Trueick asks who needs to make a change 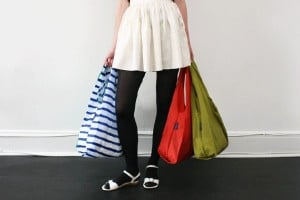 The recent clothing factory tragedy in Bangladesh has quite rightly made us think about the provenance of the clothes we buy. The Rana Plaza building collapse and huge loss of life in Savar was the latest in a series of fatal accidents in garment factories with poor standards that have seen fires, stampedes and safety incidents in an industry which provides employment for four million people, mainly women, in Bangladesh.

While we question the true cost of a £2 t-shirt, Bangladesh is desperate to hold on to its lucrative export market. Is the burden of change on the consumer, the companies or the Bangladeshi government?

The consumer has been forced to question whether is possible to retail a product at low prices without exploiting someone along the line. The problem is that, sometimes, the consumer on minimum wage thinks that they, relatively speaking, are being exploited themselves, and the purchase of that £2 t-shirt may be the only time that week when they felt affluent. By the time the rent is paid, the direct debits deducted, food bought and lunch paid for, their purchasing power is pretty minimal.

To make a purchase and still get change seems to make the grind worthwhile, where everyone can be part of the culture of ‘get it, spend it’. The cost of clothing in Britain has dropped 20% since 2005, but previously clothing prices were always seen as a rip-off.

When prices dropped, some believed that retailers had found a magical way to reduce their mark-up by mass-producing and passing the saving on in lower prices in the ‘pile it high’ principle. Unfortunately, the retailers kept the mark-up but found ways to cut the cost of production, to the detriment of the workers.

There is a race to the bottom in supplying cheap means of production to international brands. Once it was China who manufactured most of our cheap clothes, but when the wages and conditions improved, production was switched over to Bangladesh.

The need for work in Bangladesh has meant turning a blind eye to poor practice. Supervision by retailers and buyers can prove fruitless. The garment industry has a complicated system of sub-contracting and unrecorded outsourcing, making it difficult to track production, especially with the pressure of unrealistic deadlines.

There have been cases of suppliers or middlemen for top international brands sourcing their clothes from factories which produce at cheaper costs without even knowing who the buyers are. We need all stages of the supply chain taking responsibility: we need transparency in the industry.

The consumer and shareholder have shown an appetite for ethical fashion, as illustrated by Nike in the 90s. Shopper power exists, but if the consumer is expected to accept an increase in price they will want an assurance that the retailer has contributed some of their extortionate mark-up towards better standards for the production workers and, ultimately, that the government in the manufacturing countries has implemented change and fair labour standards.

Even with pressure from corporations on the issue, it is difficult to imagine how anything will change unless improvements are enforced by both the government and manufacturers. Voluntary initiatives have not worked.

In the Triangle Shirtwaist Factory scandal of 1911 in Manhattan, 146 garment workers, mostly young Jewish and Italian immigrant women, died in a fire in a factory building with locked doors. The tragedy brought about the passage of new worker safety laws and prompted the creation of new building, fire and safety codes in the United States. One can only hope that the recent tragic loss of life in Savar was not in vain and that a lesson will be learned