Home / Time off / Interests / Add some movie magic to your break…

When you go on holiday, there’s often a must-see list of places you want to visit. Local landmarks, visitor attractions, places of interest – that kind of thing. 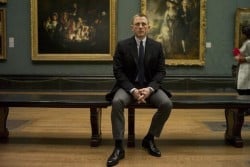 And I’m no different. But although I have the usual galleries and museums on my list, I also always make time to try and do something that is important to me. I find out what films have been shot in the location I’m in and I visit the place to get a photo.

I confess, when I say ‘films’ for me it tends to be James Bond – I’m an uber fan. And to me, being in the same place as Bond (or indeed anyone from the films) is massively exciting. 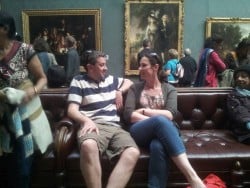 Geeky perhaps? Maybe. But this added dimension to my travels and city breaks has had many friends taking up the idea for themselves and vying with me to see who can get the best shot.

For my birthday last year my husband arranged for me to go on a ‘Bond tour’ of London. You can get official versions of these, but I’m lucky enough to have a film buff friend who lives there who planned the whole thing.

I was hugely excited to follow in the foosteps of Bond. I’ve sat in the exact spot in the National Gallery that Daniel’s Craig’s Bond met Ben Whishaw’s Q (right in front of the Fighting Temaraire). 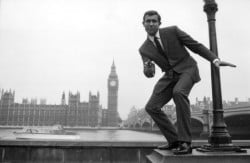 I’ve had my picture taken on Vauxhall Bridge with MI6 in the background – exactly where Judi Dench stands in Skyfall.

We visited the College of Arms from On Her Majesty’s Secret Service, Somerset House which is in Goldeneye (doubling as St Petersburg), The Reform Club (where Madonna made her cameo in Die Another Day), The Malaysian Embassy in Trafalgar Square (from the Living Daylights) and of course the blue plaque house where Ian Fleming lived and wrote on Ebury Street.

See also  5 things to consider before buying a property abroad 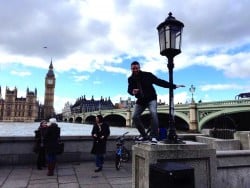 My husband did a great version of George Lazenby’s iconic picture in front of the Thames, which I ‘art directed’ to make sure it was as good a replica as possible.

We finished up with – of course – a vodka martini in Soho. It was an amazing day, really special as it was so personal to me.

In Amsterdam, I’ve run up the steps that Sean Connery runs up in Diamonds are Forever, and visited the Skinny Bridge where a body is dredged up in the same film. I was actually shaking as I ran up the steps (it’s someone’s house now!) and the first thing I did when I got home was watch the film again. 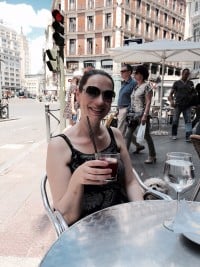 It’s not all Bond though – in Madrid I’ve sipped sangria in the café Matt Damon visits in the Bourne Ultimatum. And I’ve enjoyed afternoon tea at the top of the Portrait Gallery in London where Clive Owen and Julia Roberts sit in the film Closer. I didn’t even know at the time but my film buff friend sent me a picture afterwards – we were at the exact same table.

And as I live in Nottingham this one’s a bit of a no-brainer – but I’ve watched The Dark Knight Rises at Wollaton Hall, which is the location for Wayne Manor in the film. It was amazing watching on the big screen in front with the house in the background in real life – rather surreal to think Christian Bale and Michael Caine were there filming those very scenes.

My husband and his friend did a London film walk (again which they arranged themselves), taking in locations for filming of legendary films like A Clockwork Orange and Withnail and I. 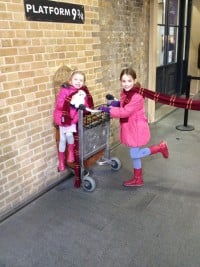 And – this isn’t technically a film location, but still good – we took the kids to Platform 93/4 at King’s Cross, where you can have your picture taken going through the wall like Harry, Ron and Hermione.

A great way to explore

It’s actually a really good way of discovering places you wouldn’t normally visit – not all film locations are in big, glitzy places, they can often just be the front of a house or a side street. I’ve been to the National Gallery loads of times, but never bothered to see the Fighting Temeraire until now.

There are plenty of tours on offer – London is full of them. But you can just as easily plan your own. Whether you want to make a full day of it like I did on my Bond walk (we clocked up 20 miles so it’s good exercise too, albeit with a few pub stops) or just visit one place, it’s all about what interests you.

I’ve put a few links below for websites which tell you film locations all over the world. But you can just Google it really – most big franchises like Lord of the Rings and James Bond have sites set up by fans.

It’s  great way to add a little personal touch instead of visiting the usual tourist attractions. Next time you’re on a break give it a try… it’s quite addictive.