Anyone who watched Britain’s Got Talent last year will remember the amazing 80 year old woman, Paddy, who danced the Salsa with her Spanish partner. 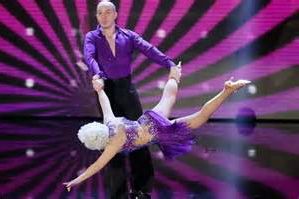 And if you didn’t, you can catch it at the bottom of this article – and I strongly recommend you do.

Everyone was stunned. She was brilliant. Who would have thought she could dance so energetically?

Just recently, I was outside, watching my 87 year old neighbour busily digging her garden and I remembered Paddy. It also got me thinking about some other ‘old’ people.

The Queen, who is 88 – 89 this year – carries out a myriad of duties every day. Daphne Selfe, who is a working model at 85. Bruce Forsyth who, at 87, is still kicking up his heels with the best of them and Fauja Singh, who gave up running marathons in 2013 at the age of 101.

Can you ‘think’ yourself young?

This was no ordinary retreat, however.

The men were told they had to pretend they were 22 years younger than they were. To help them do this, they stayed in a camp stocked with newspapers, songs, television programmes, furniture, etc from 22 years before – 1959, in fact.

A week later another group were also asked to imagine they were 22 years younger, but they were housed in an ordinary camp without any environmental cues.

Before the experiments, the researchers had collected data and the tests were repeated when the men left the camps.

There were changes in all the men: 63% of the first group scored better on cognition tests after the experiment and the second group scored 44% better. Height, weight and gait improved as well as sight and hearing.

Our expectations of ageing

Now, I’m not suggesting that you move into an old 1960s house with all the original features still intact and start wearing flowers in your hair and a pair of dungarees, chuck out your microwave and reinstate your LPs – if you don’t know what they are, your granny will.

What I am suggesting is that your age might be all in your mind.

I have a 70 year old friend who has just recently completed a total house makeover. She took the roof off and spent months on the project.

What would your reaction be if I told you that she has arranged the interior so that it can accommodate live-in carers upstairs with a downstairs en-suite bedroom for when she can no longer get upstairs/look after herself?

Or is it, in fact, that very frame of mind that leads you to become geriatric and need care?

Is it a case of what you expect to happen will happen?

So, if you are told something will happen and you believe it enough, will it happen, simply because you believe?

READ  Five reasons to spend time and money on yourself

Would Angelina Jolie have developed breast cancer if she hadn’t had a double mastectomy? All those people who have been given a prognosis that they will die – and they do within the time frame they are given – does it only happen because they were told it was going to?

But hang on, what about those people who are told they’re going to die/get worse etc. and they don’t? How does that work?

And anyway, didn’t we start off by talking about getting old… not dying?!

Well, it all seems very interlinked to me. But getting back to the age thing, one of the ‘facts’, I constantly hear repeated is that once a woman reaches 35, she is going to find it much more difficult to get pregnant.

Could it be that because that thought is so widely believed that it is embedded in her mind and consequently her fertility is affected? (By the way, the source of the data for that ‘fact’ is based on French birth records from 1670 to 1830.)

There are several studies that show that there are far more optimistic figures, yet the recent story about Facebook and Apple offering to freeze the eggs of their female employees only helps to promote the theory that getting pregnant after the age of 35 is fraught with problems.

So where does this whole age thing start? Have you ever listened to a group of parents talking about their small children? “Oh, Sammy is so big for his age.” “Jane is talking so well and she’s only three.” “Sunita was a really early walker at 10 months.”

READ  The perfect remedy for a successful rally

And at the other end of the spectrum… “My gran’s amazing – she’s 94 and still living in her own house.” “We have real problems with Aunt Joan because she expects everyone to look after her even though she’s only 79.”

Why is age such a big marker for our achievements? Surely we all grow and develop and achieve at our own pace and in our own choice of direction?

I wish that were the case. Unfortunately, there are enough statistics, ‘facts’ and opinions to say what we should achieve and by when. Even more so, it seems, for women.

Wouldn’t it be great if we could all just live our lives freely and happily, without feeling that we should be acting our age?

Here’s the video of the inspirational Paddy and Nico: 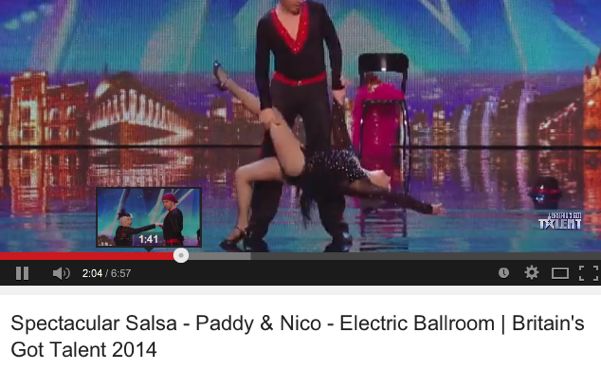