I like to think of myself as a non-engineer, engineer. 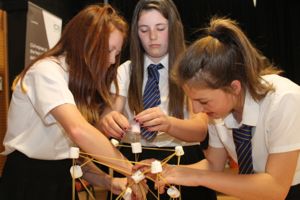 Why? Because although I never officially studied engineering at college or university, working as a Project Manager for WES (Women’s Engineering Society) made me realise how close to home engineering actually was.

As a teenager at school, I enjoyed the basic principles of engineering: science and creativity. But due to my stereotypical understanding of engineering – burly men in hardhats – the prospect of becoming an engineer never entered my mind.

And so, thinking I had to pick one over the other, I made the ultimate sacrifice by picking creativity (English Language) over science.

Although I loved my three years at university studying English Language with Creative Writing, it wasn’t until I stumbled upon the world of engineering in my current job that I realised the possibility of a career that combined all my interests: science, problem solving and, best of all, creativity.

Engineering is about being ‘a doctor of the world’ and using your creativity to solve common problems, whether they are philanthropic, environmental or structural. 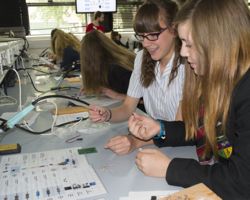 When I tell people about my job, often enough, I am met with very bemused-looking faces and I-would-never-let-my-daughter-work-in THAT- environment expressions.

Let’s face it, engineering is probably one of the most misinterpreted career paths, with fewer than 10% of women engineers in the UK.

As someone who also once thought of engineering as a male-only career, I can understand that ignorance is a leading factor in why people react as they do.

This is why events like National Women in Engineering Day (NWED) on 23 June from WES are so crucial in changing negative perceptions in engineering, by celebrating the great opportunities for women within this field.

My own ignorance of engineering was simply due to my lack of knowledge. Had I been presented with an opportunity to find out what engineering was really about, I may have been writing this article as an ‘engineer’ rather than a ‘non-engineer, engineer’.

NWED is about educating girls about the opportunities within engineering through fun and interactive activities. It aims to get the public involved in promoting engineering within their respective communities by hosting their own engineering events and activities in order to reveal the creative and exciting nature of engineering.

A change in attitude needs to start at home 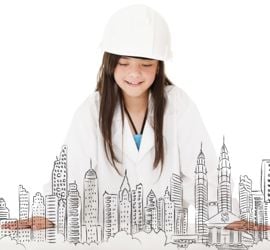 However, negative perceptions towards engineering as a career for girls can also stem from parent’s attitude, as I found out every time I opened my mouth to speak about my job.

Even though I am not an engineer, but rather someone working to increase diversity within engineering, my career choice is often met with very confused looks.

It was only until I spoke to a young relative about career choices did I truly understood the nature of career perceptions. When I suggested engineering to her, as one does, she responded that ‘it is hard to find a respectable career for girls’. I was a little taken aback and disheartened with this comment, as children can very much be prevented from achieving their potential due to mislaid perceptions and views that parents strongly uphold.

Parents play a huge part in influencing their children’s future careers, and if the viewpoint that engineering is a ‘boy’s’ career is still maintained in households across the UK, then we can hope for little diversity and equality in the coming years. It puzzles me why negative perceptions within engineering are still dominant in our society. The question that comes to my mind every time I receive disapproving looks is ‘why shouldn’t girls be engineers?’

Why should girls be prevented from improving the world and being at the forefront of new technology, discoveries, medicine, inventions, infrastructure, transport and much more?

It seems awfully unfair for society to challenge girls and women in this sector due to archaic views and make them miss out on the life-changing opportunities that engineering provides.

Society may have moved along in the last 100 years, but perceptions within engineering haven’t really moved with the times. 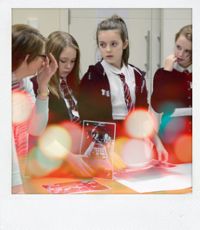 WES has recently launched a fun new initiative, Sparxx, which aims to inspire girls between the ages of 11 and 18 and provide ongoing encouragement and support to girls who express an interest in STEM (science, technology, engineering and mathematics).

The aim of Sparxx is address the STEM opt-out rate among girls and keep them connected to engineering, science, creativity and technology through an exciting and fun stream of communication, including Twitter, Pinterest, Instagram and Facebook.

I may have been oblivious to the opportunities available within engineering at school, but there is no reason why this generation of girls should fare the same.

It’s all about giving the same opportunities to girls and boys, and this starts out by changing perceptions in the home.