Home / Time off / Travel / A move across the pond: how the heck did we get here?

One woman’s take on her family’s decision to move to Canada. 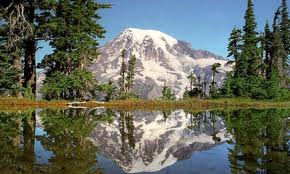 Welcome, dear reader, to my first ever literary endeavor – I am excited at the prospect of seeing my name ‘in print’ for the first time, even if not on paper. It’s another thing off my bucket list and a first for me – well, aside from my entry into the UK Platinum Handwriting Contest circa 1968 in which I was actually awarded a coveted fountain pen prize! I hope you will enjoy my ramblings – and ramblings they may indeed become if I open the bottle of wine before I finish this virgin article (I will try hard not to!)

My remit for this expat column from she who must be obeyed (aka the Editor who also happens to be a somewhat scary A-Type lawyer and very special friend) is to share with you my experiences of living overseas for the past 10 or so years, having left the UK during what can best be described as some sort of mid-life crisis along with my husband and then six-year-old daughter.

We wanted to experience life outside of the Home Counties and widen our daughter’s horizons. I’m Not sure why we felt the need to move so far away and I still don’t know why we didn’t just head north to Dundee or Edinburgh, but so it is that I type to you from the beautiful, somewhat sleepy hamlet of Bragg Creek which we now consider home. And if you don’t know where that is on the globe, it’s a very quintessentially Canadian community of around 3,000 people, 1300 meters above sea level (and compared to the UK that is high!), nestled in the foothills of the Rocky Mountains – about 20 miles west of Calgary, in Alberta, Canada.

As the crow flies it is about 4500 miles away from London. Who knew it was so far away? Or that M&S had pulled out of Canada just months before we landed? Certainly not me when I boarded the plane from Heathrow on that July day sobbing uncontrollably, much to the bewilderment of the other passengers on the flight. I am sure they thought I knew something they didn’t – remember, this was Heathrow just after 9/11 and travelers’ nerves were still frayed. Unfortunately I was crying too hard to be able to reassure them all was well, and quite frankly I didn’t give a damn – I just wanted the plane to take off and the bar to open.

I had in fact boarded the plane voluntarily – just as I had resigned my job, sold my house and my beloved VW Beetle (which even now I hanker for), said goodbye to the best group of girlfriends in the whole wide world not to mention a much loved Mum and sister and packed our two cats into the belly of the plane sedated only by herbal remedies. I was off to start a new life in the prairies of Alberta – and all of this had been done voluntarily. Were we mad? As the plane hurtled down the runway and threw itself into the air it was probably as well I was not sitting near an emergency exit – had I been this column might have been penned by someone else!

Now when my husband and I reflect on the choice we made back then, we question whether it was really us who made all the decisions necessary to make the move happen or whether our bodies were for some months inhabited by aliens. Neither of us are what you’d call risk takers and we had a good, comfortable life in the south of England. We were not and still are not rich and our move was not financed by a generous company relocation package. There was no return ticket for us or funded home visits.

READ  My getaway Christmas in Nepal

So what the heck happened? Actually I blame my mother – true I blame her for many things – but definitely I blame her for being the one who started the whole thing. It was she who in an innocent voice had suggested dreamily as we stood taking in the breath-taking beauty of Two Man Jack Lake just outside of Banff: “You should move here”. And at the time it seemed like a really good idea. Never in a million years did we imagine as we went through the whole lengthy application process that we’d be accepted as landed immigrants, but the moment the letter of acceptance hit the doormat we were doomed (as Private Fraser in Dad’s Army would say).

So, in a nut shell, that is how I come to be typing this article in my kitchen in beautiful Bragg Creek, from where I can actually see the Rocky Mountains (well, if I walk to the end of my driveway that is!) And it really is incredibly beautiful on a July evening. Ask me again in the middle of January and the answer will be very different. There really is such a thing as cabin fever – it’s not just in Little House on the Prairie reruns – it comes from being stuck inside for days on end because going outside requires putting on so many layers of clothing (on yourself and the dog), risking frostbite (lots of cats and dogs with missing ears and tails are proof of the dangers!) and even then you can only stay outside for 10 minutes. After a while it’s just not worth the effort. Puzzles take on a whole new meaning, as does quilting, scrap booking and pickling! It really is difficult to find beauty when everything is covered in three feet of snow, even if you are an avid skier.

READ  A move across the pond: Finding friendship at 40 plus

So that’s Chapter One completed – and if my ramblings amuse, annoy or motivate other forty-something women to take a step into the unknown then I will die happy indeed. My philosophy as I get older and wiser is ‘just do it – really what’s the worst that can happen?’ Life is way too short – you get to live it once and you need to live each day to the absolute fullest – take the highs with the lows, laugh as much as you can, be kind to the people you meet, tell those you love that you love them and really just live the best life you can.