Home / Happiness / Family / A memo on being mixed race

I recently read an article on a fellow mixed race girl’s experiences Coming Out as Biracial. It was a great article, and much appreciated. 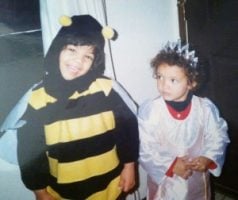 She looks different from me, despite also being half-white, half-black, which sort of puts us in the same ethnic group while our races still remain divided.

Being abroad, I find that my identity is in constant transition. People never seem to know what to do with me. I dressed up as a Geisha on Halloween and over a dozen people asked me if I was Japanese, or tried to speak to me in an Asian language.

I speak Arabic, so naturally people assume that I’m Egyptian or Syrian. When my hair is curly, most think I’m either of African or Latin descent, but when I straighten my hair I am suddenly from India, or the Philippines.

It’s fun being mixed race, causing people to question my ancestry, and I wouldn’t change it for anything. But when over six million Americans are of more than one ethnic group, it still drives me to the brink of insanity when my nationality is doubted by people in other countries.

Someone will ask me where I’m from. I tell them the US. Ninety percent of the time the looks that cross their faces are an amalgam of shock and horror. Then comes the inevitable curiosity. “Oh, but where are your parents from?” I explain that both are from the US. If you want specifics my mother grew up in Seattle, my dad in Wenatchee.

This never seems to suffice, so then I’m asked what my origins are – it’s the polite way of asking why my face looks like this (though some have asked much, much less politely). I usually make something up in response to this question. Some days I’m of Egyptian and German descent, other days I’m Ethiopian and Irish, sometimes I’m Native American or Alaskan or Hawaiian.

I’ve had people on the streets of Paris assault me with criticisms when I’m too vague – “How do you not know where your ancestors are from? Your children will grow up with mental problems and depression because they have no identity…” or use the N-word too liberally around me.

I’ve gotten into arguments over the fact that there are – shockingly! – people of more than one ethnicity living in America while on the streets of Cairo. And, more than once, I’ve been able to convince Lebanese and Jordanian taxi drivers that I’m Obama’s niece – because, after all, if I’m mixed and he’s mixed we must be part of the same family. 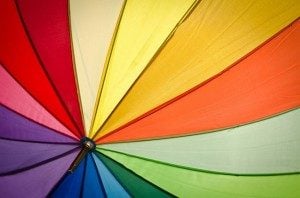 The most recent of these criticisms however, came to me in Switzerland. A man asked me where I was from and I briefly explained that I was American with roots steeped in African and European ancestry. “What is with Americans and their ‘roots’?” He chastised immediately. “I tell people I’m French. That’s it.” It was a fair point. But didn’t help him in the least.

After years spent defending my ethnicity, my nationality, my gender and my race, and of being asked why I look the way I do from almost EVERYONE, I had never once been attacked for being too specific.

So I laid it into him, because after 22 years of perfecting my ethnicity’s alibi, I am still riled up too easily.

And, truth be told, the guy was right. I shouldn’t have to explain every time I meet someone new that I have an ambiguous ethnic origin because slavery was a thing in the States and I am the bi-product of one parent who could pass the Paper-Bag Test and one parent who couldn’t and, as a result, I am mixed race and mixed people all look so different that I don’t really know why I look the way I do.

So now what? What do I do the next time someone asks me where I’m from? People have a right to be curious. And most times I find that they mean well, and aren’t attacking me for having brown skin, crazy hair, and high cheeks, maliciously.

I guess I just look forward to the day that mixed race babies become more accepted – if not the norm – and that people don’t feel the need to question diversity so bluntly.

And until that day, which hopefully my own mixed race babies will see, I’ll be Brazilian in the summertime, Lebanese in the winter, and whenever I’m back in the US, I’ll check the “multi-racial” box on whatever form I’m filling out – proudly.