Home / Happiness / A good man: a game of gratitude?

When I met my husband I was a single mum. I was confident, independent and looking for someone really special to share my life with. 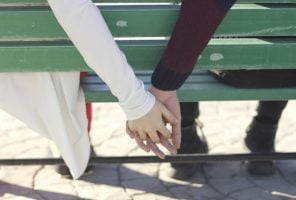 At the time I was pushing 40 and my two boys were three and four. I wasn’t working – although I am a well-qualified, experienced teacher – because I wanted to stay at home with my children and be responsible for nurturing them into well-rounded, decent men.

I didn’t introduce this man to my children until I was absolutely damn sure he was going to be staying around. Seeing one man exit the family home is enough for anyone and I wasn’t going to risk it happening to my boys again. So after a few months the boys met my beau and everything went well. Swimmingly, in fact.

Then the comments began:

“Where did you find him?”

“Aren’t you the lucky one?”

“Isn’t he amazing, taking on you and your boys?”

“Wow, he’s putting up with all your baggage? There aren’t many men who would take on a woman like you.”

It was then, maybe six months into our relationship, I had the uncomfortable realisation that people thought this man was with me because he pitied me. They thought he was doing the right thing by me because he was a good chap, not because he found me in any way attractive or wanted to be in an actual relationship with me.

No. I didn’t deserve this guy. Apparently.

As time passed we moved in together and became even more of a family. We were absolutely definitely very happy. We got married in 2012, he was committed to the boys and life was good.

However, my husband was increasingly revered as a saviour by some of the people around us. More comments came, suggesting he’d arrived on a white horse and swept me and my children away from some other terrible life. As if without him we’d have been destitute, in rags and with me living a life of prostitution.

At our wedding a couple of family members actually thanked him for taking me on – that phrase again. Gosh, I felt sooo proud!

Coping with cancer… and its aftermath

I used not to mind this too much, but when in 2014 I was diagnosed with breast cancer and my world crashed down around me, it started to annoy me.

Throughout my treatment – which involved a single mastectomy, chemotherapy, radiotherapy and ongoing hormone therapy – people still couldn’t help themselves from telling me how lucky I was to have my husband.

“Imagine if you’d never met him, how awful! Imagine doing this without him! You might have cancer but at least you’ve got him!”

And many more choice phrases.

Some of them were so hurtful I can’t even bring myself to write them down. It was as if I weren’t a fully grown, intelligent woman who had relatively successfully looked after herself for many years. Apparently I had become useless. Perhaps I always had been.

Since I’ve been in recovery my self esteem has been rock bottom and my confidence dramatically reduced. I am no longer secure in who I am. I feel like half a person, maybe less.

And the comments people make which suggest I am undeserving of my husband cut me to the quick. But still they come. Still my husband is a poor man, miserable, a sufferer and a victim.

It’s funny, the words used to describe the terrible life he now has to live with disfigured me are usually used to describe cancer victims. It makes me want to stamp my foot. It’s bad enough that he and I have to negotiate my mangled body and my never-known-before crippling fear of the world. We don’t need other people sticking their oars in, implying I’m selfish as I haven’t yet got over the trauma of having cancer.

I know for a fact I’m not the only woman undergoing this phenomenon. A very dear friend of mine has gone through a gruelling, unpleasant divorce and has a new boyfriend. Her friends and family have also been guilty of this man over-praising. She has children, a stressful job and exactly the same issues I’ve been talking about.

In a way I don’t mind it so much when men do it. It’s the women who upset me. We should be bolstering each other, but this continuous over-praising of men feels insidious and threatening.

Where is the sisterhood? Where is that alliance we have fought centuries to gain? It’s certainly not being taken seriously by some of us. We should be celebrating each other, not damning each other.

I speak as a woman and a feminist when I say that I would never, ever choose to suggest to any of my female friends or family that they should be defined by the man they’re with, but it’s been suggested to me plenty of times.

We are women, we are strong and we are so much more than the sum of our parts. But we need to stick together.

And next time a woman you know meets a decent guy? Well, make sure you tell him how lucky he is to have her. It’ll probably be the first time he’s heard it.