The wonder that was Carolyn Lazarus. 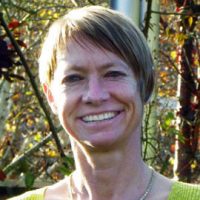 When Marc asked me to give Carolyn’s funeral eulogy I felt hugely honoured. Yet at the same time I was daunted by the prospect of giving a fitting tribute to the wonder that was Carolyn. For how can one do justice to someone as unique, courageous, joyous and life-enhancing as Carolyn? Carolyn was someone who lit up a room with her wide and beaming smile, who made the most tremendous impression on everyone she met with her exuberance and vitality, and who touched all of our lives in a special way. She was, she is, irreplaceable.

What then can I say about Carolyn?

The first thing that comes to mind is that she just loved people. She found them fascinating and she loved their company. First and foremost she loved her family. She was extremely close to her mother and father and to Janet, her sister, and it was a particular joy to her that they all ended up living here in beautiful Herefordshire, able to spend time together with their lives interwoven. She adored her husband Marc and together they built a tremendous family. She loved her children and their company. She was immensely proud of Chad and Daisy – her smart, sensitive and beautiful children.

Carolyn was also loved by her many friends. She had a special gift for keeping friends over many years and many continents. I know from personal experience what a true and loyal friend she was. Her 50th birthday party was memorable for the ease with which she filled not only her enormous kitchen but also a marquee with friends made at various stages of life and from all walks of life. They all made the journey because she was worth it, because she was special. No-one who met Carolyn left her presence untouched. She really did sparkle. 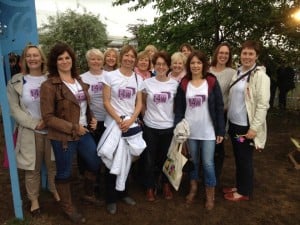 Carolyn and I first met in 1988 as young lawyers at ICI Agrochemicals. She was there before me – naturally, Carolyn always did like to be first – and it was a tremendous relief for me to find someone with such spark, life and energy. Carolyn also had a huge heart and a wonderful sense of humour. With that deep, throaty laugh and those twinkling eyes, she was just about the best company anyone could wish for.

We bonded quickly and had a lot in common: University in the North of England, our early careers in City firms and the fact that we were both due to get married in the not too distant future. This, by the way, was the one time when I managed to beat Carolyn to something.

Her career at ICI was, like Carolyn herself, sparkling. With her prodigious intelligence, natural ability, flair and charm, she was soon on her way to becoming the most senior female in ICI. All of us who knew her in those days were not only extremely fond, but also slightly in awe, of this rather brilliant young woman with the acerbic wit, but huge heart. She had no time for pomposity, especially in our male colleagues. Carolyn always spoke her mind – even to those more senior than herself – without offending. No mean feat! I cannot recall any of her superiors ever taking exception to her straight talking ways. My only complaint was that she preferred to spend her lunch hours running rather than joining us in the staff restaurant.

She left ICI for a hugely successful legal career at OUP followed by time as a legal consultant. She then made the positive decision to give up work to spend time with Chad and to go on to have Daisy. She so enjoyed being with her two precious children. As the children grew older Carolyn went on to take up garden design, sitting as a magistrate, acting as a trustee for the charity Home-Start and then latterly she took on the huge but exciting challenge of setting up totally4women.

She set about this task with her usual determination, drive, and passion for excellence, and with the unswerving support of Marc, Chad and Daisy. The site was intended to give a voice to all women – but particularly, to quote Carolyn, ‘women not born yesterday yet unerringly looking forward to tomorrow’. The profile the new site enjoyed was without doubt due to the force of Carolyn’s personality. It was no surprise to those of us who knew her well that she ended up being interviewed on Women’s Hour and profiled, rather glamorously, in Good Housekeeping. 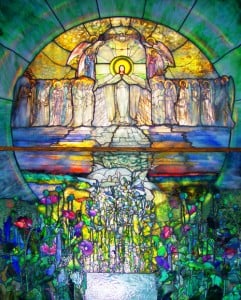 In the months before her death, Carolyn’s faith became more and more important to her. In March this year, two months before her death, she was confirmed here in this church. That faith without a doubt carried her in the final weeks of her life and was more than simply a comfort to her – it gave her a peace and an assurance. Her last email to me was from the clinic in Germany the evening she and Marc arrived. In it she said ‘I genuinely believe God carried me here in His Arms for I have no idea otherwise how I could have managed the journey’.

So, as I finish, these were the things most important to Carolyn – her family, faith, friends and community. Let us all remember her as the beautiful, life-enhancing, unique Carolyn that she was.