Most of us have heard of dementia and are aware of its symptoms. But did you know that dementia is actually an umbrella term for a range of brain diseases characterised by short-term memory loss, confusion and personality changes? 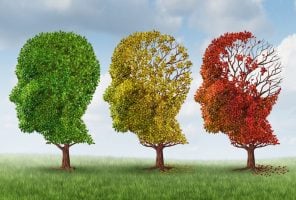 We probably all dread it, and many of us will have a relative or friend living with dementia.

We tend to view dementia as a tragedy for the ‘sufferer’ and their family, although in recent years considerable medical and pharmaceutical research has been undertaken into some of the causes of dementia and how its symptoms can be slowed down.

But still vast numbers of people need care, either in their own homes by family, friends or overstretched and under-resourced caring agencies, or in nursing homes.

Since the early 1980s, a small minority of practitioners have been approaching dementia differently. A wonderful man called Tom Kitwood developed a hypothesis which he calls ‘malignant social psychology’, describing how a carer might take over when a person is struggling with certain tasks.

This is usually done with the very best of intentions, but it can cause feelings of disempowerment for the person with dementia. They then gradually relinquish more responsibility, resulting in a vicious spiral as they increasingly lose their self esteem and become objectified.

This issue was tackled by the TV programme Panorama, which exposed how some people with dementia are abused by some care workers. One lady was desperate to maintain her dignity by not soiling her bed. She called out for over two hours for help and when she finally was attended to, her carers were angry with her for the mess.

Malignant social psychology sounds horrific, but Kitwood showed how once this is recognised, we can begin to turn things around. This is done by using our person-centred qualities such as warmth and empathy to try to find out what the person is trying to say.

In that same Panorama programme, a carer was filmed slapping and verbally abusing a lady in her care. That lady, we were told, had been a senior social worker. She would have spent her entire professional life giving and organising care for other people.

Women find it harder to accept care from others than men do, and women who have been health and social care professionals find it hardest of all to relinquish that core identity as givers of care. What might have been different if the carers had put power back into that lady’s control? What if they had said to her “I know, it’s hard for you to have people helping you. What would you like us to do for you?”

Kitwood believes that with a person-centred approach and deep listening it is actually possible for people to experience what he calls ‘rementia’.

We know that babies’ brains are shaped by the type of love and interaction they have, and that one reason teenagers spend so long in bed is because their brains are rewiring.

So it’s not so fanciful to believe that we could support this process in people with dementia by giving them loving attention and stimulation.

The power of memories

Reminiscence therapy is one type of talking therapy which can help, using visual and sensory resources to stimulate memory, feelings and self esteem.

READ  How your pelvic floor affects sex (and other things)

For example, I recently worked with a group discussing wash day. We all held dolly pegs, sniffed soap flakes and remembered the hard physical work of using a dolly tub and ‘posher’ to agitate the clothes in the water, and wringing them out with a mangle.

One lady recalled the joy of moving into one of the first council houses with a bathroom and running water, and this stimulated mischievous memories among the whole group of using the outside privy.

Using old knitting patterns also stimulates memories and discussion – embarrassment as the knitted ‘cozzie’ sagged when wet, the colour-blocked mohair sweater of the 1980s which we thought looked so cool back then, the concentration needed to knit booties for a baby brother as a first project, and the pain of rapped knuckles from nuns at a convent school who expected perfect tension.

Taking a biographical account of someone’s life can help care workers to understand their behaviours. For example, one lady constantly tapped on hard surfaces to the irritation of everyone in her nursing home, until her niece explained that she had been in the team who deciphered the Enigma Code and she was tapping Morse code. That information turned everyone’s perception around.

The lady was feted as a heroine, photographed for local newspapers and invited to teach Morse to Scout groups.

So what can we do to make life better for people with dementia?

The Alzheimer’s Society aims to have one million Dementia Friends by 2015, encouraging communities to become better places for people with dementia. 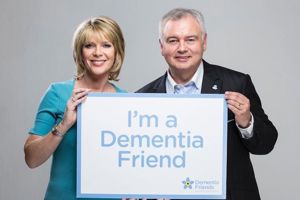 This campaign gives five key messages about living with dementia – essentially that dementia isn’t inevitably part of ageing and isn’t just about losing memory. It can affect perception, communication skills and self care too, but with understanding and support people can live well with dementia and, crucially, that there is much more to a person than their dementia.

You might like to consider becoming a Dementia Friend. This means learning a little more about dementia so you can help people in their everyday lives. Things like helping someone find the right bus, or being more patient if someone with dementia is taking a long time to pay at a till. Little things that make all the difference. You could also consider volunteering at one of the Memory Cafés run by the Alzheimer’s Society for people with dementia and their carers.

Please watch the YouTube video above of Henry’s story. It shows people with dementia are not unreachable, and still have so much to give. 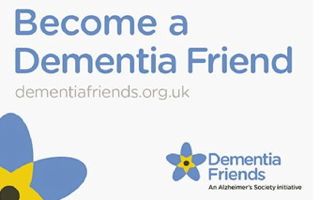 You can attend a free information session or view the online video to become a Dementia Friend.