I recently saw an article on Henpicked called 50 things on being 50. 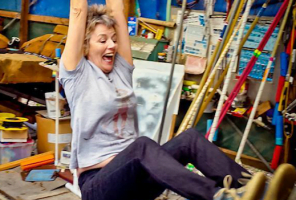 A Twitter conversation led to me rashly suggesting I’d think about a list of what I’d learned on being 60. Then I remembered I was 66, not 60.

It started becoming too long a list to contemplate, let alone read. So I thought I’d just think about some of the important things I’d learned in the 16 years since I was 50.

‘But now I am six, I’m as clever as clever; So I think I’ll be six now for ever and ever.’

My own doggerel substitution became:

I add this by way of preamble because much as it would be lovely to feel old-and-wise, the truth is, well, see number 15.

3  Trying to micro-manage anyone’s life, including one’s own, is never a good idea.

5  Just as I don’t need to panic when I feel low, because it will pass, I shouldn’t think I’ve cracked it when I feel wonderful , as that will pass too (observation: this is a major design flaw).

See also  Single and satisfied... in sickness and in health

6  My opinion doesn’t always matter. Or even often.

8  That I should resign as general manager of the universe – though the occasional slip-up is okay. And that this is also a general point about slip-ups.

9  I’ve got less energy than I used to so pacing myself is key. Still got lots, though.

10  Staying in my comfort zone means I don’t grow.

11  Growing involves mistakes aka learning opportunities and that these are a good thing (in heavy disguise).

12  99.9% of the time helping someone doesn’t involve giving advice. It means hanging out alongside them while they work things out for themselves.

13  Everything, and I mean everything, takes longer than I expect.

14  No wrinkle filler is going to work, even if it’s a very expensive one.

15  Even though I learn something new every day, I know hardly anything at all.

16  It’s okay to lighten up and let myself be happy.

Less than four years to go till I’m 70. And yet I’m only just getting my head round being in my 60s. Still, they say that your 70s are the happiest years of all. I wonder what I’ll be writing then…