Freedom Chevalier tells us why it’s worth heading over to Canada. 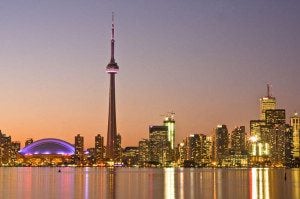 Flex your French in Old Quebec City (UNESCO World Heritage treasure). A must for history buffs with 21 different museums and 30+ declared historic sites, such as the Fortification de Québec – walk the 4.6km wall around North America’s only remaining fortified city.

These fairs offer games of chance, thrill rides on the country’s largest midways (fairgrounds) and agricultural events. Or you can enjoy one of the hundreds of different food vendors at each exhibition – your toughest decision will be where to start. 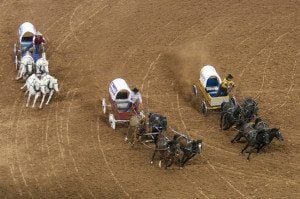 Visit Calgary, Alberta during July for ‘The Greatest Outdoor Show on Earth’. See world-class tournament style rodeo events (like Chuck Wagon Races and Bull Riding) or take in one of the grandstand shows featuring some of the hottest acts in Country and Rock music today.

LGBT Pride celebrations (and one of the world’s largest street festivals) occur in July, in Toronto. World Pride (June 20-29 2014) is a celebration of Canada’s continued progress in human rights. This will be the first World Pride event ever held in North America (and only the fourth such event worldwide).

Each of Canada’s ten provinces and three territories is home to several national parks. From Terra Nova National Park (Newfoundland and Labrador), where you can see remnants of the Eastern Newfoundland Ancient Appalachian Mountains, to the Auyuittuq National Park (Nunavut Territory), where you can travel Baffin Island landscapes containing the northern extremity of Canadian Shield, to the Mount Revelstoke National Park (British Columbia), with the rainforest of 1000-year-old cedars and spectacular mountains.

Get away from it all and back to your natural self.

Canada’s large and diverse population, with strong ties to its ethnic origins, allows you to enjoy some of the world’s most treasured and exotic traditions in one place. The largest communities, hailing from the UK, Ireland, France, Italy and China, speak to the country’s first settlers, and many cities boast miniatures of their birthplace (Chinatown, Little Italy) still strong with tradition.

With the current conversion rate of 1 GBP to 1.63 Canadian dollars, your money goes further here. Stay at a Holiday Inn Hotel for $70 CAD (approximately £42) or maybe treat yourself to a night at the 5-star Royal York Fairmount Hotel (a frequent choice of the Royal Family when in Canada) for $165 (£100). 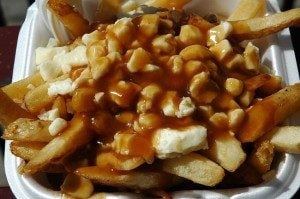 Consisting of chips topped with fresh cheese curds and then the smothered with piping hot gravy, this dish is quickly becoming the national dish of Canada thanks to an online movement. Every town seems to have their own signature version, including poutine with duck confit, bacon, lobster, kimchi or crab topped with a fried egg or made with Guinness gravy.

Known globally for their warm hospitality and friendly, polite nature, you’ll be greeted as if you’ve lived there your entire life – Canadians are just plain nice.