Home / Time off / Culture / 10 alternative films for the holidays

Like many people, I love movies. One of my favourite ways to treat myself is to indulge in an evening watching a favourite piece of cinema. It’s like visiting an old, trusted, happy friend. And, who doesn’t like doing that during the holidays? 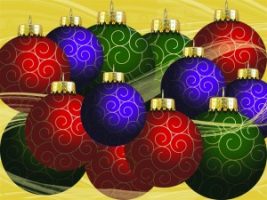 For many people, there are certain Christmas films that are almost ritualistically watched every year, without fail. “It just isn’t Christmas until I watch ‘It’s a Wonderful Life/A Christmas Carol/Miracle on 34th Street’”, and so on. I hear this all the time.

When I was much younger, I used to watch these films as well. But, as I get older, I find my tastes have changed. There are only so many times I can see dear old Ebenezer running down the street wishing everyone a Merry Christmas, before becoming a trifle bored with it.

Everybody knows the classics, but these are the films that I prefer over the usual fare. Films that, while maintaining the themes of the season, are departures from the ordinary seasonal escapades; an experience you might not ordinarily enjoy.

Here are ten titles that I like to watch during the all-too-brief winter holidays, when the hurly-burly is done and no one is in the house except my honey, the dogs and the cats. It’s the perfect time to put a perennial favourite on the television, and pop a big buttery bowl of comfort.

The majority of these films focus on themes of family, comfort, happiness and warmth: both physical and emotional. Other titles, I’ll admit, veer rather wide of those parameters, but as my Dad used to say, “You like what you like”. I also like the idea that save one, none of these films actually include any Christmas words like Santa, Xmas, Holiday, in the title.

If you live with someone who doesn’t care for the usual saccharine fare of the holiday season, this one is perfect. Gunfire, explosions, and pseudo-terrorists. The entire film takes place during a California Office Christmas party, back in the days when Bruce Willis still had hair. My better half enjoys drooling over the estimable Alan Rickman in the film that launched his stardom. It even ends with a rousing version of Beethoven’s Ode to Joy. What’s not Christmas-y about that?

This takes place during New Year’s Eve 1971, but a Christmas tree is integral to the plot, and was one of the most successful films of the twentieth century. It is a true cinematic classic and a good artistic palate cleanser to the usual holiday media melange.

Love, evolving relationships, friendship, belly laughs and public faux-orgasms. Well, the first three of those are central themes of Christmas, even if the last two are not. I am not traditionally a fan of ‘rom-coms’, but this one makes me all gooey inside, every viewing. Poignant holiday moments are interspersed throughout the story, and true love, with human faults and all, wins out. 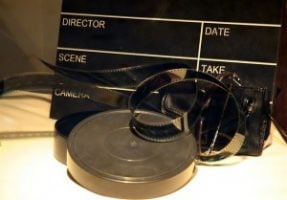 Like Die Hard, this film also takes place during Christmas in California, and, although the holiday is not integral to the plot, the Christmas set pieces add quirky flavour to a clever, funny, noir mystery that is chock full of charm. This movie was the comeback vehicle for actor Robert Downey Jr, who had just finished doing time in a drug rehabilitation program after a very public battle with substance abuse. It helped prove his reliability again and resurrected his status as one of the best actors working today.

Christmas purists may now shaking their heads at this article for including a Thanksgiving film in a Christmas list. So, sue me. This is one of Jodie Foster’s best directorial films and has a stellar ensemble cast including (again) Robert Downey Jr, Holly Hunter, Anne Bancroft, to name just a few. It is a comedy about family, dysfunction and the insanity of holidays. Well worth it.

The best film for family togetherness. Nothing to do with the holidays, really, but almost everyone I’ve ever met loves this film. This is the best choice for something the entire family can watch together, on Boxing Day. And you have to be made of stone not to get a little teary-eyed when Peter Falk delivers the last line of the film.

The Carol Burnett Show was one of the funniest programs ever shown on television. This compilation gathers several of the Christmas themed sketches of the show. Great entertainment for the whole family.

A modern take on Dickens’ A Christmas Carol with Bill Murray doing what Bill Murray does best… having a good time being Bill Murray, and bringing the audience along for the ride. Actually, any Bill Murray movies go well with the holidays; even Zombieland.

The classic Billy Wilder/Jack Lemmon film, which has a very poignant Christmas Eve scene. It is hilarious and touching. Shirley MacLaine is stunning in this film. The Apartment won five Academy Awards, including one for Best Picture. 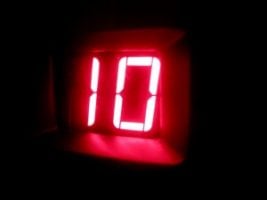 There is only one truly Christmas moment in this film. Those of you who have watched it are chuckling right now and shaking your head in slight embarrassment at the memory. There’s nothing like laughter during the cold, winter nights, and John Cleese, Eric Idle, et al. are always up for the job.

Whatever you choose to watch during the season, share it with those you love; two legged or four.