Home / Happiness / Family / Who pays for your care?

When I left university, my excitement at all the plans I had ahead of me was tempered by a deep sense of foreboding when my parents became ill. I was 23. 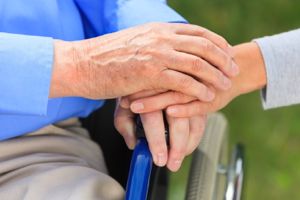 Dad rang me one day to tell me he and Mum both had Parkinson’s disease.

It was a big shock. They were only in their mid-50s, and I couldn’t believe this was happening to both of them.

Back then I’d never even thought about parent-child roles and how they might change. Over the years, Mum and Dad became increasingly frail and needed full-time care, and it felt very much like I had become the parent.

I found it distressing and exhausting, and far from easy while holding down a job and running my own life.

I took both of my parents into a care home on the same day in 2005. It was heartbreaking. At the time I didn’t really know how the care system worked, and I didn’t realise that the funding information the NHS and the local authority had given me was wrong.

I was Mum and Dad’s power of attorney and I assumed they’d have to pay for their care because they had savings and a house. That’s what their social worker from the local authority had told me. Care funding was all new to me, and I had no reason to doubt her words at the time.

As well as Parkinson’s disease, Mum had several paralysing strokes, Dad developed terminal kidney cancer and they both had advanced dementia. Their day-to-day care needs were significant. They needed nursing care, and yet were paying for every penny of this.

See also  Brain fog and the menopause: how to fight back

One evening I happened to see a TV programme about NHS Continuing Healthcare funding. This is NHS funding for full-time care for people who need that care primarily for health reasons. Most people – and especially those needing care – have never heard of it.

A harrowing voyage of discovery began for me, and I realised that Mum and Dad’s funding assessments were either missing or littered with mistakes. They’d also been done without my knowledge or involvement. I was also appalled to discover that Dad (who had dementia) had been asked to sign paperwork that was used to deny Mum her funding. 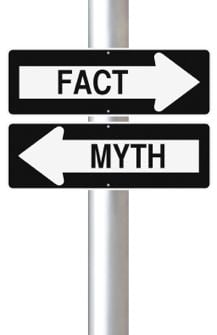 As I explored more, I was horrified to discover the extent of financial abuse in the care system and I realised my parents should not be paying for their care at all.

I began a three and a half year battle with the NHS to get back the care fees Mum and Dad had been illegally forced to pay and to secure ongoing funding for them.

I was blocked by the authorities at every turn.

Funding assessors acted as judge and jury over their own shortcomings, they distorted the facts in assessment notes, they failed to follow their own guidelines and one of them even found it appropriate to attempt verbal intimidation towards me as we walked into an assessment meeting.

After a couple of years of this, I remember sitting at home in tears one evening, head in my hands. Mum and Dad had no more money in the bank and the care home were coming after me personally for the £5,000 monthly fees, which I could not pay. I was also self employed and the financial impact on me was significant because of all the time I was taking out of work, plus the 250-mile round trip each time I visited the care home or the NHS. I was finding it very difficult to keep afloat.

I felt isolated and alone, not knowing where to turn or who to talk to. At the time I didn’t know anyone else in the same situation, and it was such a lonely place.

I complained to the (then) Healthcare Commission and finally managed to force a date for an independent tribunal. This took another year. The local NHS did a hurried ‘reassessment’ of Mum’s needs, which was nothing more than a back-tracking exercise to tick their box to say they’d followed procedure.

At the tribunal, holding back tears while having to put my case all over again to a panel of people I felt really didn’t care was horrendous. However, the independent review concluded that I had indeed been right all along and that Mum should not have been charged care fees.

I then faced the bleak prospect of doing this all over again for Dad. However, by then I had learned so much, and I knew the funding guidelines inside out. Eventually, I also won Dad’s case and secured ongoing NHS Continuing Healthcare funding for both of them until they died in 2009.

After I’d had some time to recover, I set up Care To Be Different to provide information and advice to other families going through this nightmare.

Tens of thousands of people are being wrongly charged for care – and most don’t even realise it. My message to anyone who has a parent in care and paying care fees is simple: challenge everything you’re told and don’t take no for an answer.

See also  What is your gut telling you?

The NHS was set up to provide healthcare and nursing care free of charge. Just because someone is old and in full- time care doesn’t mean they can change the rules.

There are so many myths flying around about who actually has to pay for care and who doesn’t. As a result, many people lose their homes and everything they own because of care fees – fees the NHS should be paying.

I believe this issue will affect every family in some way at some point – and the better informed people are, the more they’ll be empowered to stand up for their relatives and access the care funding they’re are entitled to.

You’ll find some of the myths about care fees at Care To Be Different.